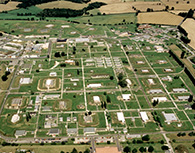 The Office for Nuclear Regulation (ONR) is pleased to announce that two licensed sites have now returned to routine regulatory attention.

Due to significant and sustained safety improvements at The Atomic Weapons Establishment’s (AWE) Burghfield site in Berkshire and EDF’s Dungeness B site in Kent, ONR has now taken them out of enhanced attention following several years of increased focus.

Mike Finnerty, ONR’s Operating Facilities Director, said: “Over a number of years we have worked very closely with both AWE and EDF through our enabling approach to ensure that the safety improvements required at both sites have been delivered.

“I’m satisfied that both sites have demonstrated evidence of significant and sustained safety improvements which has allowed us to return them to routine regulatory attention.”

Burghfield has been in enhanced regulatory attention for approximately eight years due to safety and cultural performance issues.

ONR, the UK’s independent nuclear industry regulator, has recently carried out numerous interventions at the site which provided our inspection team with evidence of a period of sustained and safe operations, with the Burghfield leadership team showing a proactive approach to safety management and culture.

The improvements observed by ONR inspectors were driven by AWE’s Structured Improvement Programme (SIP) and its holistic approach to safety performance.

The SIP was initially developed in 2017 from a detailed understanding of the key themes that led to the site receiving enhanced regulatory attention and the causes that led to these themes developing. 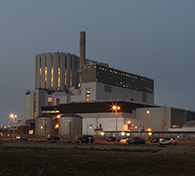 Mr Finnerty added: “AWE’s SIP and holistic approach to safety performance were designed to remedy the causes which led to them receiving enhanced attention through the delivery of a large range of improvement initiatives targeting aspects of organisational culture, practice, and capability.

“I’m pleased that the sustained safety performance witnessed by ONR has reduced the level of regulatory attention required at the site.”

Dungeness B entered enhanced regulatory attention in late 2018, with both reactors shutting down in October 2018.

This was due to several age-related engineering issues, including corrosion of concealed systems.

ONR carried out interventions at Dungeness B which was engaged in an extensive corrosion management programme of remediation work, overseen by our inspectors.

ONR also had concerns about safety management and culture at the site which have now been addressed through an extensive and wide-ranging ‘performance improvement programme’.

In June 2021, EDF announced their decision not to restart the Dungeness B nuclear power plant and instead move it into the defuelling phase with immediate effect.

Mr Finnerty said: “Although the station will not restart generating, the improvements delivered at Dungeness B will still be crucial to supporting the safe defuelling and decommissioning of the reactor site.

“Therefore, I’m pleased that our inspectors have witnessed significant and sustained improvements made by the site which have allowed its return to routine regulatory attention.”

ONR will continue to regulate the performance of both sites to ensure that the improvements in safety performance are sustained.