The Office for Nuclear Regulation (ONR) can announce that Magnox Ltd has now returned to a routine level of regulatory attention for security.

The UK’s independent regulator has decided to move Magnox Ltd out of enhanced attention for security, where it has been since 2018, due to significant and sustained security improvements.

The decision was taken by ONR’S Civil Nuclear Security and Safeguards (CNSS) division after notable improvements were made in Magnox Ltd’s cyber security performance.

The company’s cyber security risk assessments have been significantly improved and positive changes made to the structure and strength of the Magnox cyber security team.

In addition, during the last 12 months, there has been progress to improve the company’s strategic security outputs. 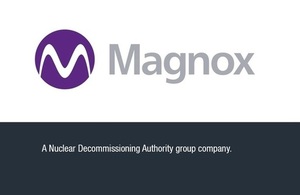 Each of Magnox’s 12 nuclear licenced sites has an approved security plan which details the security arrangements for the site.

With the support of Magnox Ltd, each site is working to update their security plans.

Part of these plans detail the arrangements to deliver cyber security and information assurance improvements at each site.

Magnox Ltd is owned by the Nuclear Decommissioning Authority (NDA), who work on behalf of the government to clean-up the UK’s earliest nuclear sites safely, securely and cost effectively.

ONR has carried out numerous inspections and interventions at Magnox and at the individual nuclear licenced sites during the previous year, and recent evidence has demonstrated a period of sustained and secure operations, with the Magnox Ltd leadership team showing a positive approach to security management and culture.

“There has been considerable and committed work from both the regulator and the dutyholder.

“I’m satisfied that Magnox has shown evidence of the significant and sustained security improvements which has allowed us to return them to routine regulatory attention.”

The positive change of attention level for Magnox Ltd was one of three sites moved from enhanced attention to routine regulatory focus in 2022.

The Atomic Weapons Establishment’s (AWE) Burghfield site in Berkshire and EDF’s Dungeness B site in Kent, were both taken out of enhanced attention by ONR following several years of increased focus.